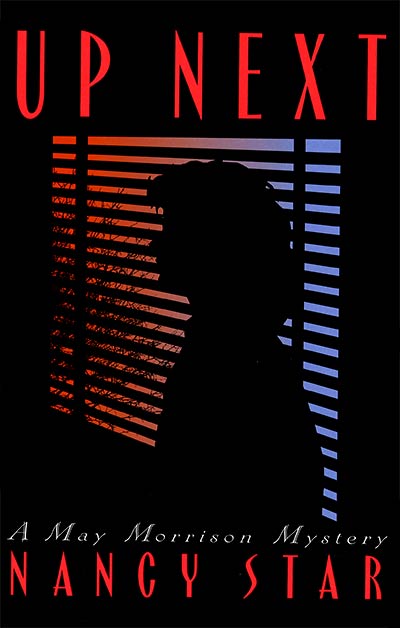 A May Morrison Mystery

As the new senior producer of the celebrated daytime gabfest “Paula Live”, May Morrison’s killer schedule leaves little room for sanity, much less homicide. But when rival talk-show producers start dropping faster than Nielsen ratings after sweeps week, the police believe May is behind their permanent cancellations.

As the NYPD task force closes in, May realizes that someone has targeted her to take the fall. Now she’s going to have to outwit a homicidal maniac who wants her dead, while resisting the arresting charms of one cop who wants her in prison and another who simply wants her.

“An entertaining, gossipy picture of the world behind the cameras.”
— Kirkus Reviews

“Lively…shrewd, with an unusual modus operandi for the killer.”
— The Poisoned Pen

“Consistently steady prose, sturdy characterization, and a bit of humor accompany this launching of a new series.”
— Library Journal

“Amusing…[Star] excels at creating the cutthroat, shallow, cynical and at times even sadistic backstage milieu of a TV talk show.”
— Detroit Free Press